English heavy metal band
ALL ARTIST INFO IS PULLED FROM PUBLICLY AVAILABLE DATA.
IF YOU REPRESENT THIS ARTIST AND WOULD LIKE TO VERIFY YOUR PAGE OR UPDATE THE INFO, Click Here

Iron Maiden are an English heavy metal band formed in Leyton, East London, in 1975 by bassist and primary songwriter Steve Harris. The band’s discography has grown to 40 albums, including 16 studio albums, 13 live albums, four EPs, and seven compilations. They have also released 45 singles and 20 video albums. Two electronic games have been released with Iron Maiden soundtracks, and the band’s music features in other video games including Grand Theft Auto, SSX on Tour, Madden NFL 10, Tony Hawk’s Pro Skater 4, Carmageddon, Guitar Hero and the Rock Band series.
As pioneers of the new wave of British heavy metal movement, Iron Maiden achieved initial success during the early 1980s. After several line-up changes, the band went on to release a series of UK and US platinum and gold albums, including 1980’s eponymous debut album, 1981’s Killers, 1982’s The Number of the Beast, 1983’s Piece of Mind, 1984’s Powerslave, 1985’s live release Live After Death, 1986’s Somewhere in Time, 1988’s Seventh Son of a Seventh Son, 1990’s No Prayer for the Dying, and 1992’s Fear of the Dark. In 1982 the band released its album The Number of the Beast, the first with Bruce Dickinson, who replaced Paul Di’Anno as lead singer. This was a turning point in their career, helping establish Iron Maiden as one of the most important heavy metal artists in history. By 2010, more than 14 million copies of the album had been sold worldwide. Since the return of lead vocalist Bruce Dickinson and guitarist Adrian Smith in 1999, the band has undergone a resurgence in popularity, with a series of new albums and highly successful tours. Their 2010 album, The Final Frontier, peaked at No. 1 in 28 countries and received widespread critical acclaim. The sixteenth studio album, The Book of Souls, was released on 4 September 2015 to similar success, debuting at number one in the album charts of 24 countries.
By 2017, Iron Maiden had sold over 100 million copies of their albums worldwide, despite little radio or television support. According to MD Daily Record by 2021 all audio-visual releases of the band have sold in over 200 mln copies worldwide, including regular albums, singles, VHS’, DVDs and all compilations.
The band and its musicians have received multiple nominations, honours and awards including Grammy Awards and equivalents awards in many countries, Brit Awards, Silver Clef Award, ECHO Awards, Juno Awards, Emma-Gaala Awards, Nordoff-Robbins Award (International Achievement 2002), Ivor Novello Awards, Public Choice International, Metal Hammer Awards, Kerrang! Awards, Classic Rock Roll of Honour Awards, Honorary Doctorates and sales recognition awards. Iron Maiden were inducted into the Hollywood RockWalk and Kerrang! Hall of Fame in 2005. In April 2021, the ex-members of the band were inducted into the Metal Hall of Fame. The band is also a part of permanent exhibitions of the Rock and Roll Hall of Fame and the British Music Experience. Iron Maiden have become one of the most influential and revered rock bands of all time.
Iron Maiden’s lyrics cover such topics as history, literature, war, mythology, society, religion. Many of their songs are based on history, classic literature and film.As of October 2019[update], the band have played around 2500 live shows, performing for tens of millions of fans. For over 40 years, the musicians have been supported by their famous mascot, “Eddie”, who has appeared on almost all of their album and single covers, videos and merchandise. Originally designed by Derek Riggs, Eddie became the main attraction of Iron Maiden live shows, which feature theatrical elements like coloured backdrops, inflatables, pyrotechnics, elaborate lighting rigs, props and stage sets. 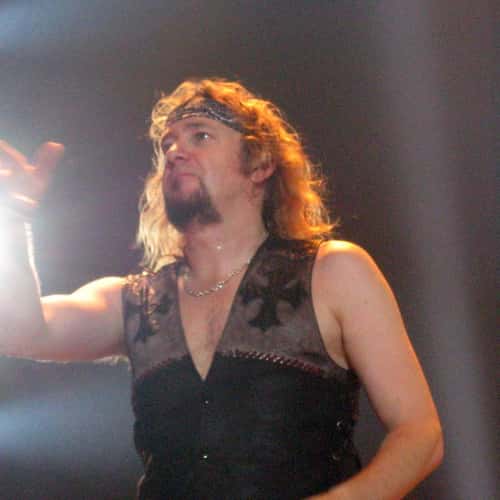 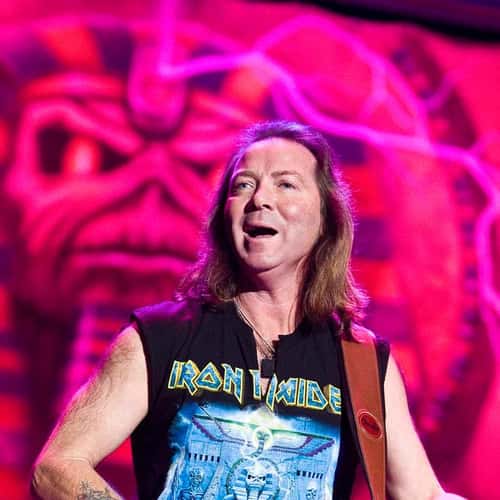 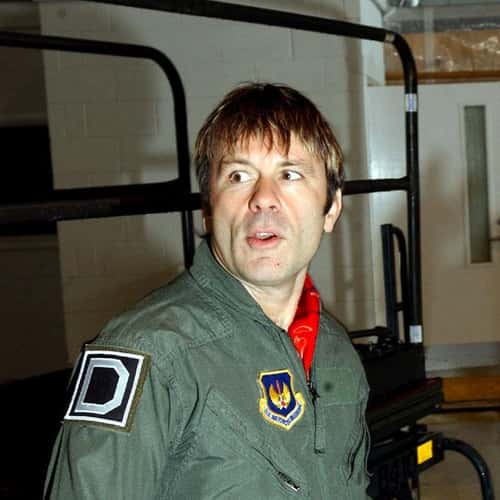 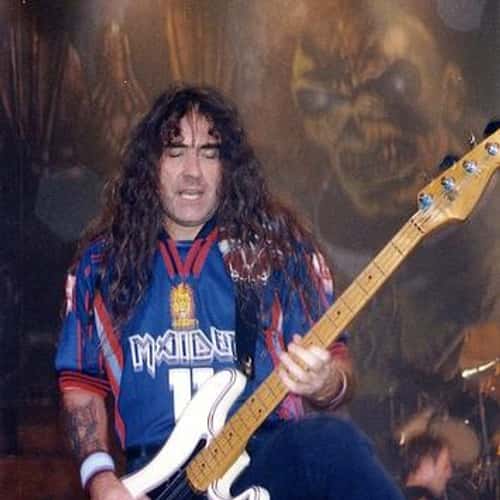